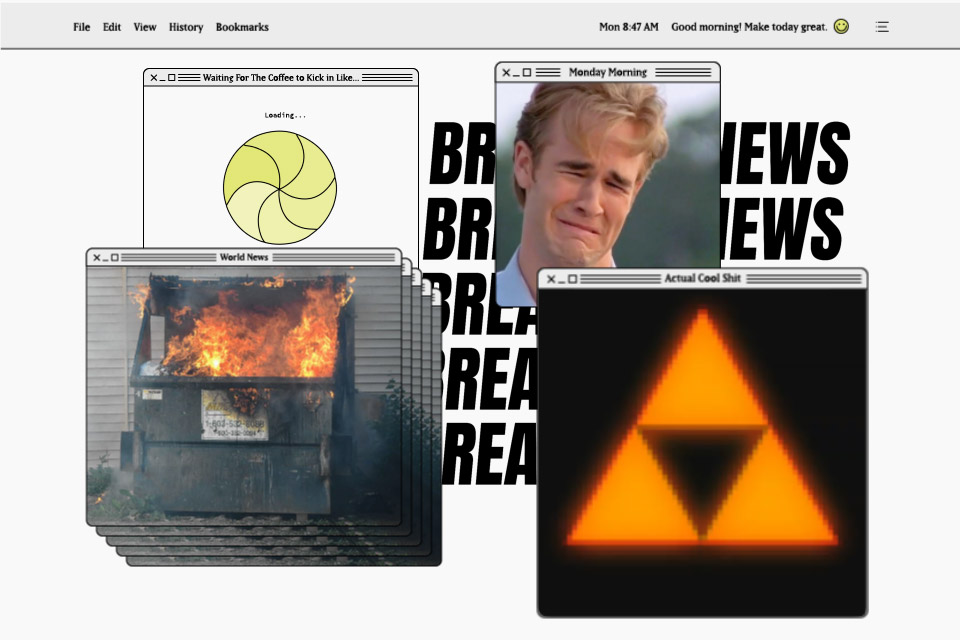 Oddly enough, movie tickets historically sell well during recessions. Amid hardship and cranky politics, people still drop precious dollars on the oasis of a dark room and an immersive story because escapism is such a powerful commodity. We’re not in a recession now, but the crankiness and hardship are plentiful. Divisive politics, dying environment, wifi bills… To sum it up, the world is a dumpster fire. Or at least, it feels like a dumpster fire.

Creating content for an audience of 30K+, I’m always compelled to use that platform for good. In these dumpster fire times, it feels irresponsible not to, especially knowing that our audience is solidly in the “woke” demographic.

But people don’t come to Instagram for wakefulness. They come for escapism. It’s less immersive than a dark theater with comfy seats and a giant screen, but it’s much more accessible. And while no one opens Instagram to look for community, finding one is a great reason to keep coming back for more.

Below, a few pointers on creating content to help your followers form a community through shared escapism…

1. Don’t pretend there’s not a dumpster fire. You can’t entirely ignore the flames, but don’t run around busting out the fire extinguisher all the time. People aren’t following you because you’re gonna put the fire out, they’re following you because you have ice packs. A good ice pack isn’t as nice as not having a fire, but it’s better than pretending everything is fine.

2. Acknowledge your values without going overboard. Let’s imagine there’s a line in the sand, hypothetically related to the divisive politics I mentioned. Most people gravitate to people (and online communities) on their side of the line. When it’s appropriate, acknowledge the values of your brand. Give your values a little wink. (Not a full-body hug.) You will alienate some people, of course, but only people who shouldn’t be following you anyway. In forming a community, we make our audience feel at home, and logistically we just can’t all live in the same house.

3. Take their mind off of the dumpster fire. This isn’t to discourage people from being firefighters; it’s to give firefighters a much needed respite from their work (or just the everyday stress of being a person). This is why memes exist in the first place. People need humor and safe spaces to process, relax, and rest. Providing that space is a valuable service.

4. But how tho? Low effort: memes. Higher effort: sketch comedy. (Start with a good concept – for both.) Additionally, nostalgia helps us bond over the things we all remember (or regret), and it collectively takes us back to rose-tinted simpler times. Plus, your audience probably has a similar sense of humor, so your comments section is gonna be popping. Laugh with them, and listen! Find inspiration there – and if your audience sees you taking their suggestions seriously, it really helps build that sense of community.